The past few weeks…

Eclipse Recording studios, as always, has been keeping busy. From studio sessions to helping plan the SAMHOF we’re constantly helping old friends while still making new ones. Here are some pictures detailing what we have been up to! 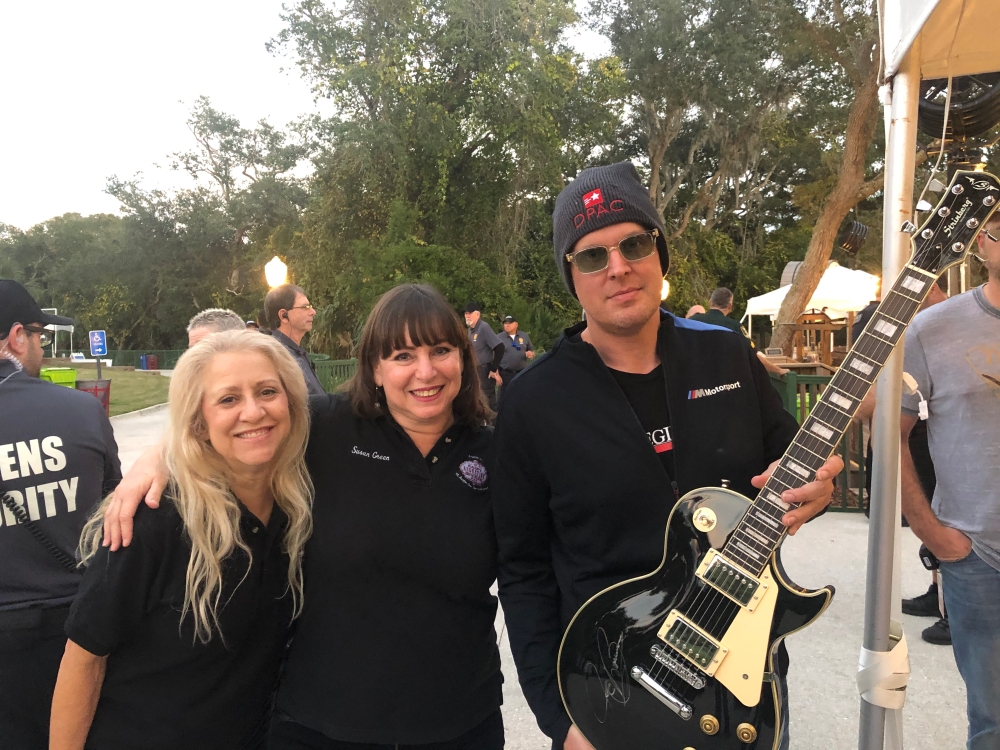 Joe Bonamassa is an American blues-rock guitarist, singer, and songwriter who has been featured on the cover of virtually every guitar magazine multiple times. He is not only the biggest names in Blues Rock, but is notoriously known for his mass collection of vintage guitars, gear, and memorabilia. Here he is posing with Susan Green and Laurie Morrison holding a guitar he signed and donated to the FOSAA (Friends of St. Augustine Amphitheater) 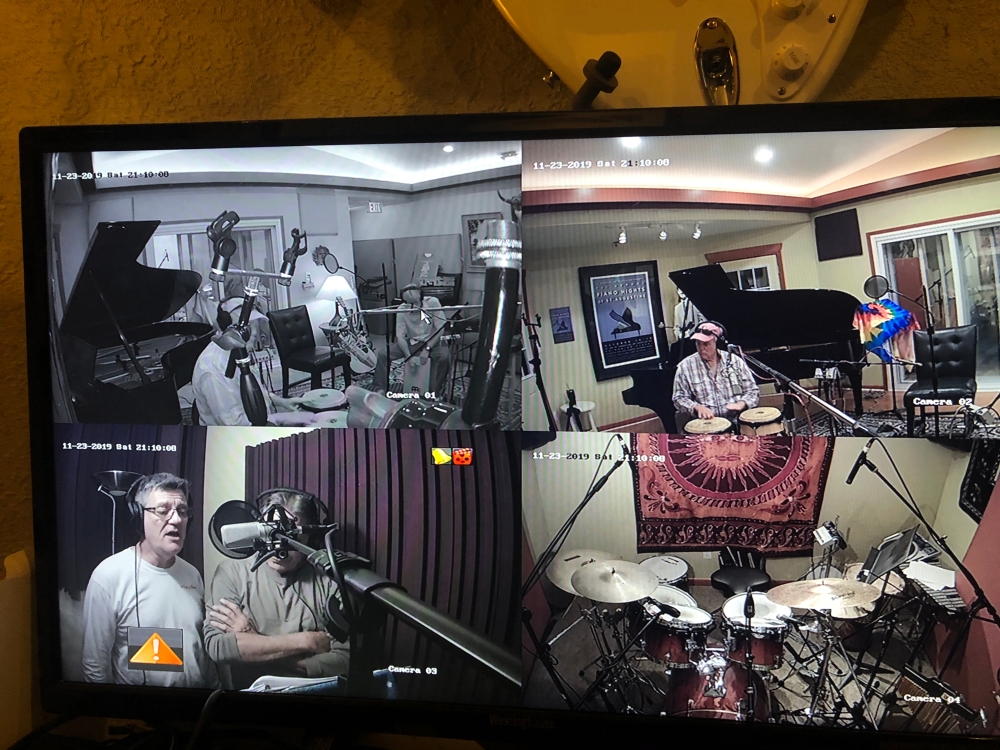 Here is an action shot of the Crescent Beach Band in our recording studio! Their CD’s are up for sale Here. Their 3rd album contains a pleasant mixture of Reggae, Acoustic Rock, and blues to give a nice variety.

Marquee for the SAMHOF Ceremony 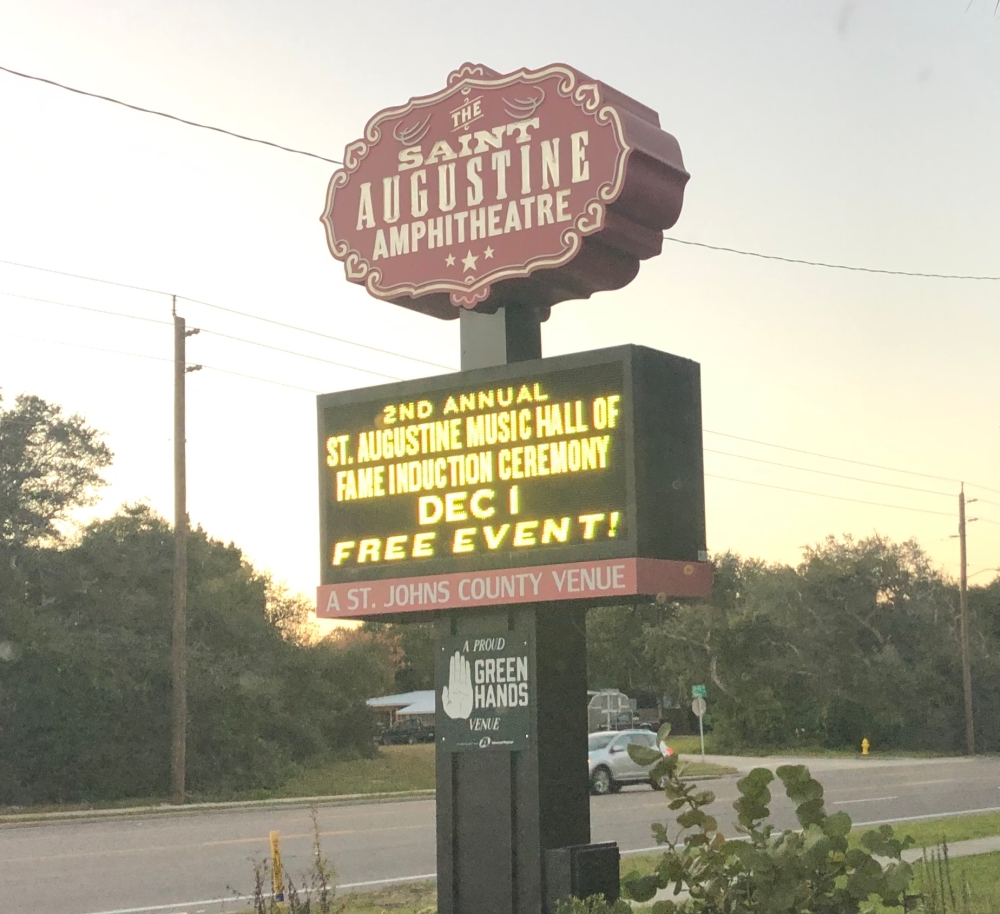 Just reminding all our fellow readers to come to check out the FREE St. Augustine Music Hall of Fame ceremony on December 1st. Here is a link for more information. Did we mention it was free? 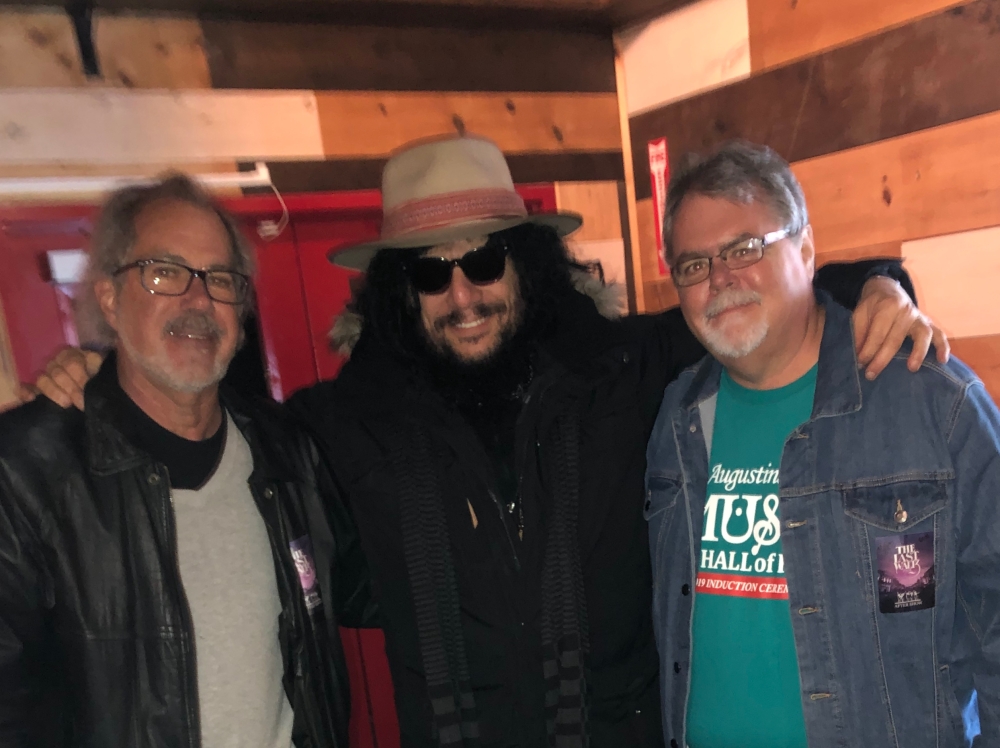 Don Was is a record producer and executive producer out of Detroit, Michigan. While he’s primarily a bass player, he also is a very talented music producer. He helps with famous bands and acts in the past including John Mayer, The Rolling Stones, and Ziggy Marley. The 4-time Grammy Award recipient has had an amazing career with many accolades to follow, including Grammy Award for Producer of the Year. 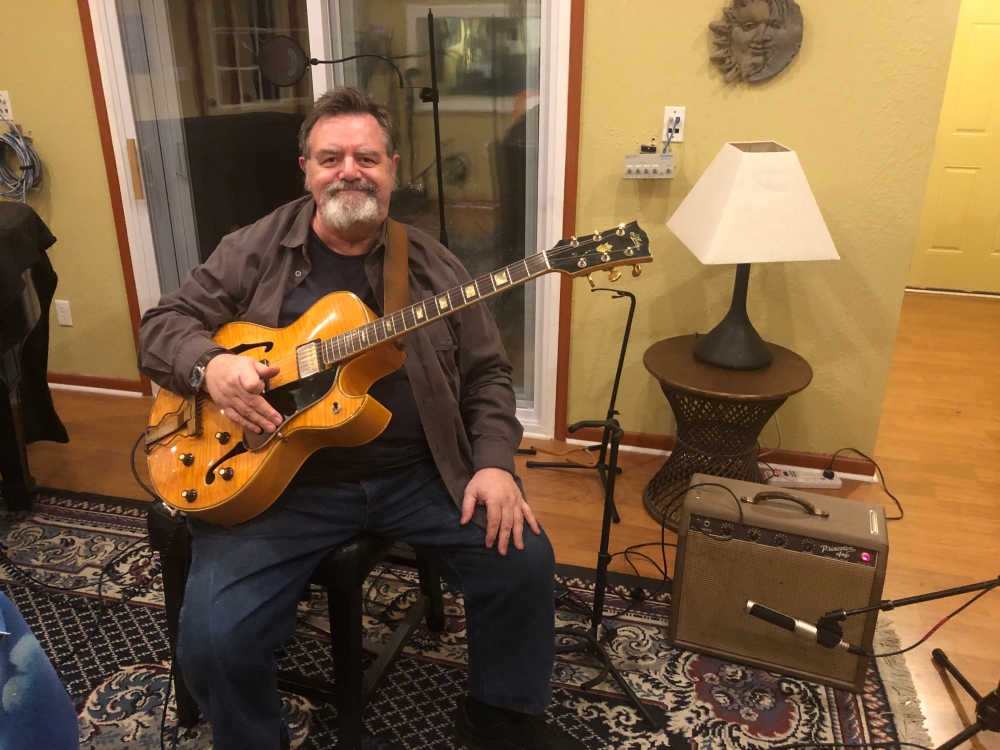 Mike Hart is an experienced veteran in the music industry with an expressive voice and professional guitar skills. Here he is in our recording studio with Roberta Jennings. Mike is an inductee for the SAMHOF and is an active member of the local music scene. 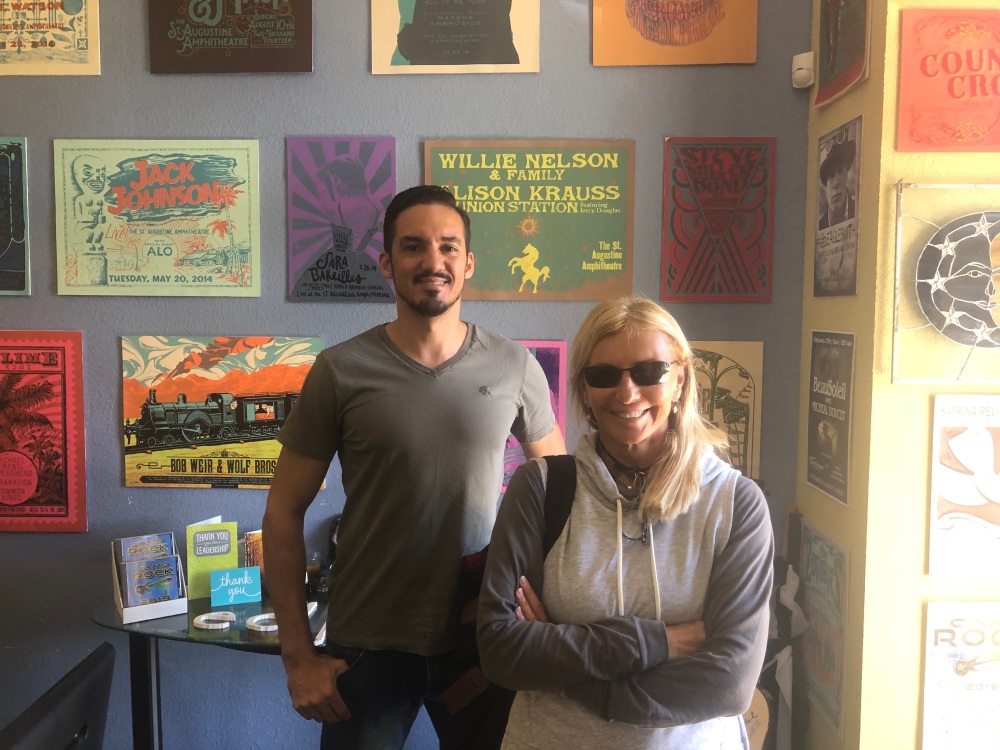 Our very own Zan Llaneza is pictured here with Patty Wagstaff. As a pilot himself, he was very honored to meet the world-renowned pilot. Patty has is the #1 female aerobatic pilot in the WORLD and has won the US National Aerobatic Championship 3 times. One of her planes is even in the Smithsonian. To learn more about the St. Augustine Resident, click on the link here.

Warren Haynes is currently on tour for the Last Waltz Tour and is pictured above when he stopped at the St. Augustine Amphitheater.

Rob Peck is a local musician who is capable of captivating an audience with his original music work and sensational cover work. Rob has been known to “Deviate from expectation, combining blues and rock and roll with Americana, classic rock, and easy listening” (visitstaugustine.com).

Here is a quick picture of some of this year’s inductees and JT from Beach 105.5

*Top Left to Right in order*

We are the finest full-service recording studio in North Florida. We have the tools and experience to offer a broad range of services including, Tracking, Mixing and Editing Digital Mastering (online or offline) Audio Transfers (VHS, Cassette tapes and LP's) CD/DVD Duplication Album Cover Design Remote Recording Audio Restoration Audio Forensics and more..... We hope you visit often, and for more information you can check us out at our Website www.eclipserecording.com
Loading Comments...
%d bloggers like this: